The lush green floodplains and the dense sub-tropical forest of the Terai in Nepal’s south are home to some of the world’s most endangered animals, like the majestic Bengal Tiger, the formidable one-horned rhinoceros and the intelligent Asiatic elephant.

Chitwan National Park lies about 150km south from Kathmandu. Nepal’s first national park, is home to roughly 125 Bengal tigers. Rhinoceros, crocodiles, deer and antelope, and over 500 species of birds also call Chitwan home. It is a birding paradise. Listed as the World Heritage site that protects over 932 sq km of forests, marshland and rippling grassland, and is home to sizeable wildlife populations. It’s little wonder this place is so popular among tourist for Jungle Safari, Elephant Ride, Canoe Ride, and Bird Watching. 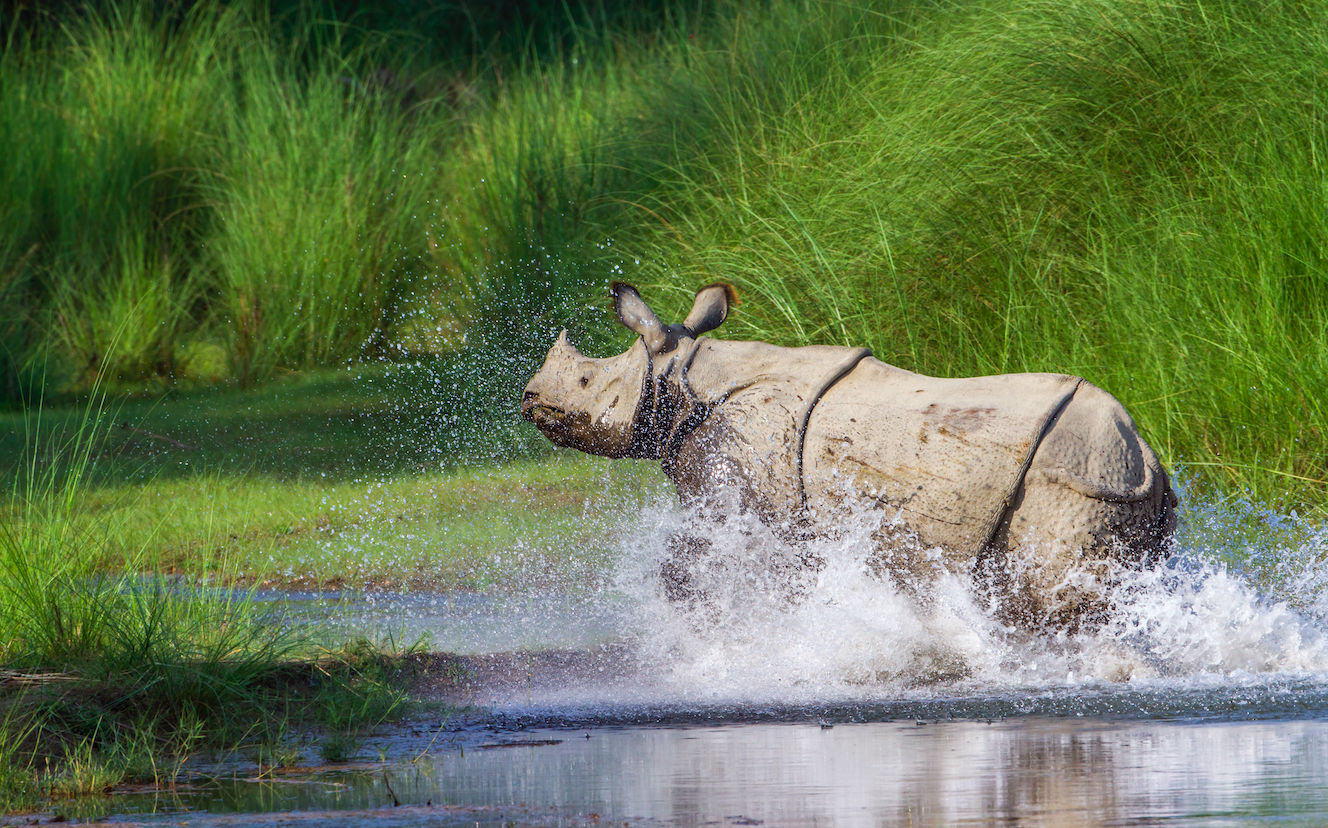 Chitwan has been home to a very successful one-horned rhinoceros conservation project, and there are now well over 600 rhinos in the park. You are practically guaranteed a rhino sighting on a jungle safari, and you can also see a variety of bird life, elephants and the endangered gharial crocodile, as well as learn about the culture of the local Tharu people. The best option to explore Chitwan National Park is to stay in one of the luxury lodges located on the edge of the park away from the crowds at Sauraha. There are multiple lodges to choose from. However the government has banned the lodges from operating inside the park in 2012. Now most of these lodges operate from outside the national park. However Sauraha, a tourist village on the northern bank of the Rapti River, a border of the park has a buzzing backpacker scene, with plenty of budget hotels and lodges to choose from. The surrounding areas of Sauraha offer an insight into traditional Tharu culture and lifestyle. A Tharu museum displays the traditional tools and artifacts of Tharus, and while many enjoy its social nature – it's a great place to unwind watching the sunset over the river. Apart from that few km away from Sauraha lies the Elephant breeding farm and Gharial (Crocodile) breeding farm.

Ideal to plan a short-term holiday or you can include in your itinerary as part of your trekking holidays. Please note that the standard 3-nights/4-days packages is available either from Kathmandu or Pokhara, which require half a day of driving. Or you can take a short 25 mins flight from Kathmandu to Bharatpur. Consult your travel agent or write to us. 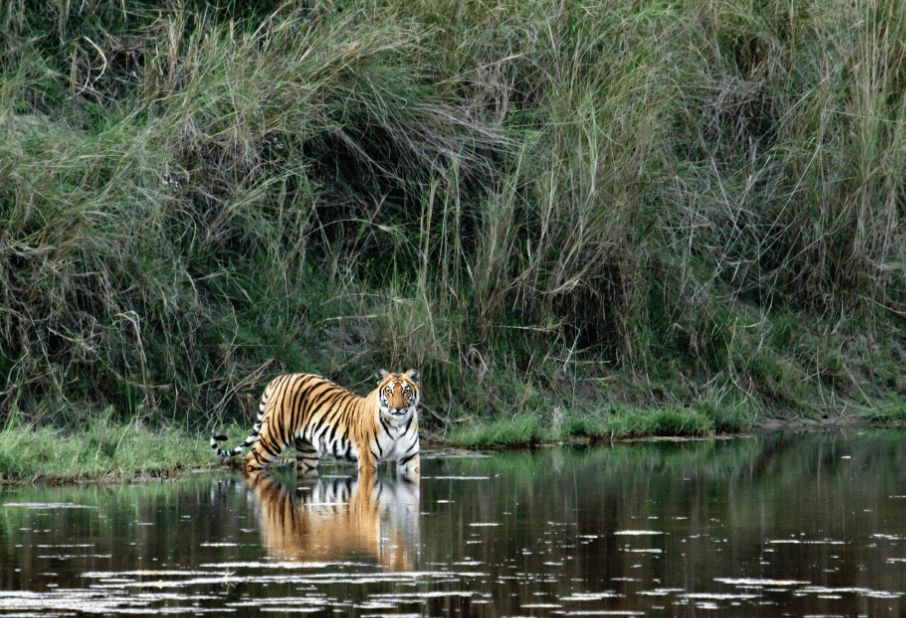 The northern limits of the protected area are demarcated by the crest of the Siwalik Hills. The Nepalgunj-Surkhet highway partly forms the southern boundary, but seriously disrupts the protected area. Natural boundaries to human settlements are formed in the west by the Geruwa, a branch of the Karnali River, and in the southeast by the Babai River.
Together with the neighboring Banke National Park, the coherent protected area of 1,437 km2 (555 sq mi) represents the Tiger Conservation Unit (TCU) Bardia-Banke that extends over 2,231 km2 (861 sq mi) of alluvial grasslands and subtropical moist deciduous forests.

Why you should definitely visit Pokhara, While in Nepal