Dealing with Altitude while trekking in Himalayas - Everest, Annapurna, Mustang

Every year, thousands of nature-lovers make their way to Nepal to embark on some of the most beautiful walking tracks the world can offer, and with good reason. The Himalaya offer terrain to be trekked unlike that you’ll find anywhere else in the world, whether you choose the Everest Base Camp Trek , Annapurna base camp trek, Mustang or other popular circuits around the nation. The mountains here are magnificent, the peaks precipitous and the beauty is breathtaking.

The only issue is, unlike most of the world’s natural beauties, the Himalaya will take your breath away all the time. When you’re sleeping, when you’re eating, walking, talking. Heck, one of the most strenuous activities on the mountain is going to the bathroom. It’s because there is another factor at play than purely beauty: altitude.

Wherever you are right now, you’re probably somewhere close to sea level. Go outside, and look up. Look up 5,367 meters (17,608ft) up into the air. That’s how high into the sky you’ll be when you step foot on the hallowed rocks of Everest Base Camp. It’s a long way up, and the atmosphere isn’t the same up there. Not even remotely.

When you’re this close to Everest (middle, pink cloud), you can count on it causing some (literal) headaches.

In fact, each breath you take at sea level is worth two at this altitude. This means the air is literally thinner in oxygen content. To your body, at complete rest, you’re doubling your aerobic output compared to sea level. The question is: what does this do to your body, what are the symptoms, how dangerous can it be, and what can you do to reduce its effects on your body?

What are the effects of altitude on the body at the high altitude of Everest Region?

Altitude has numerous effects on the body, with the key difference being your body is now taking in less oxygen per breath that it’s used to, making it hypoxic. This means each haemoglobin in your red blood cells contains less oxygen, which commonly takes effect to your respiratory and cardiovascular systems.

The most obvious effect of altitude is a reduced aerobic capacity. You will tire and run out of breath earlier than expected as your body struggles to remain aerobic. Walking up a hill will leaving you feel as though you’ve just sprinted a 200m effort as your body struggles with the intensity of moving with less oxygen.

People often experience headaches and migraines at altitudes approaching and above 5,000m. As the air begins to drastically thin, the brain begins to suffer from a lack of oxygen. The brain, attempting to remedy the situation, signals the heart to send more blood to the brain. The increased blood flow increases oxygen to the brain, but also drastically increases the volume of blood, causing cerebral swelling and the headaches experienced. This is the early stages of a condition known as HACE, or High Altitude Cerebral Edema.

HACE’s respiratory sibling, HAPE, or High Altitude Pulmonary Edema, is less understood medically around the world and not easily explained in layman’s terms. HAPE involves fluid being let into the lungs at altitude, making it hard to breath and, if left unattended, can result in trekkers and climbers drowning from the inside out, with lungs full of fluid. 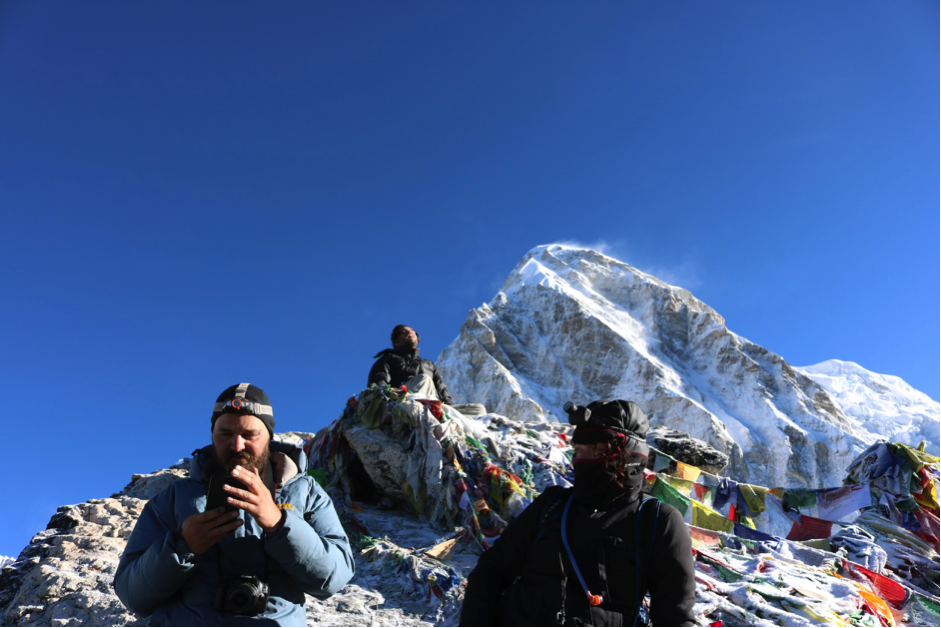 What are the symptoms of altitude related ailments?

How Dangerous can AMS be?

There is a perception that trekking to Everest Base Camp is not a dangerous activity to undertake, and whilst altitude may make life uncomfortable, it’s not going to cause any lasting damage. Let me be clear. That perception is wrong. Trekkers seem to think that because there are people summitting Mt. Everest, a full 3,500m higher than EBC, the real danger lies further up.

The truth is, Everest Summitteers take 15-21 days to trek to EBC, to ensure they are adequately acclimatised when they reach their camp. Even then, they’re not, however this prepares them for their further ascents, and drastically reduces their chances of getting altitude sickness below base camp. Most trekking companies send their clients to Base Camp in around 8 days, meaning trekkers have had half the time to acclimatise to an increase in around 4,000 meters in altitude than their climbing counterparts.

This is where the danger lies in trekking. This season, 3 trekkers died of altitude sickness below Base Camp. Not a lot, but if you happen to not have a body which copes well with altitude, and you don’t trek smart, you could find yourself in trouble.

The going isn’t always easy up here. Small hills will punch the breath out of you. Slow up before it gets worse.

HAPE and HACE can, and have taken lives at altitudes of 4,500m this season. In the case of HACE, the margin between a headache and serious edema isn’t a lot, and once you overstep your mark, the only way out is to get down the mountain, quickly. HACE is also akin to having a stroke, and can leave one with permanent brain damage. Pulmonary edema is less common at lower altitudes, but once you’ve got it, again, it is extremely dangerous, and reducing your altitude, fast, is the only way out.

How can you protect yourself from AMS?

There are a number of suggested safeguards you can take to ensure you get yourself to Base Camp:
1. Ensure you have a good guide. There are companies out there who take commissions from helicopter services to take clients up too quickly, get them sick, so the heli can be flown in for a nice payout from your travel insurance provider.
2. Once you’ve got a good guide, listen to them. I punched my way up hills all the way to 4,000m, but once I started to feel the effects of altitude (and slightly blue fingers), I had to heed my guides advice, stop being a hero, and slow down. It did the trick.
3. Don’t be afraid to take rest days and walk slow. Companies usually schedule two rest days. One in Namche at 3,500, and one at Dingboche at 4,500 (in which you do a small peak trek to 5,100 to help acclimatise). This gets you to EBC by day 8 - still very fast. Don’t be afraid to take an extra day on the way too.
4. Take Diamox. 125mg in the afternoon and night has been academically proven to help speed up the acclimatisation process, and it hasn’t been shown to hide symptoms. It’s important to note that many get sick because they’ve taken Diamox and they think it makes them invulnerable to AMS. It doesn’t.
5. Don’t be arrogant, nor treat the trek like a race. Those who race to the top will find HAPE and HACE waiting for them as their prize.
6. Listen to your body. Some people will get to base camp with nary a head ache. You might not. Stop. Take a breath. On our way to base camp, I had to stop as frequently as every five minutes to regain myself, but I knew that’s what I needed and I knew if I pushed, I was a pretty decent chance of ending my trip with a bit of HACE. 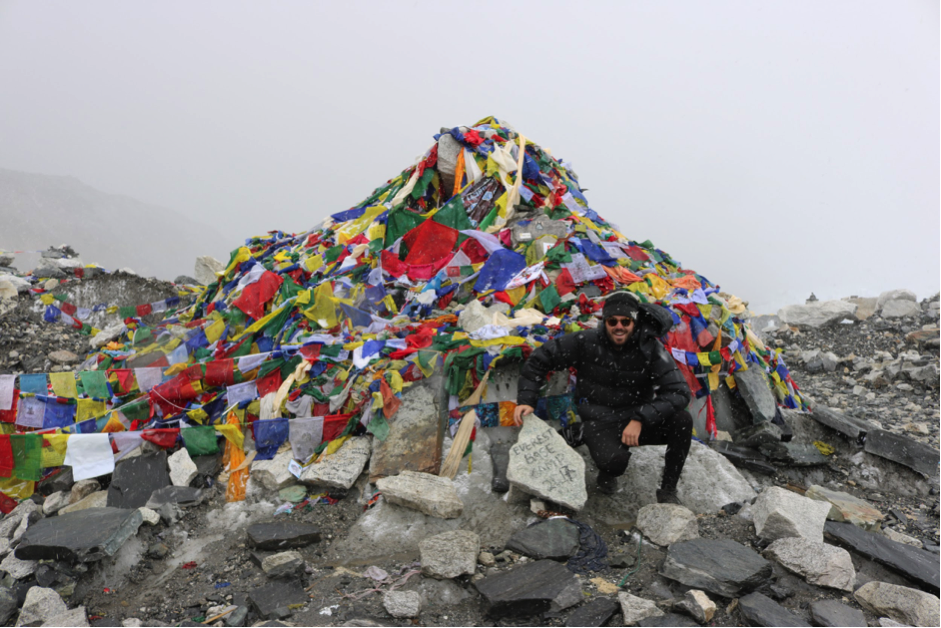 This is Base Camp. My head was pounding by now. Luckily, I had a great guide and took it relatively slow for the last day. Things may have been worse if not.

By the end of the trek, few people will make it through having avoided all issues of altitude. It is not something that should dictate your entire trek, but it is something all trekkers in the Himalaya would do well to be conscious of. A death below EBC is a rare case, and often the combination of both an incompatible body and a series of poor decisions. However, given most of us don’t know what our body is going to do when it gets there, it’s better to be prepared and conscious of the possibilities that await in the beautiful highlands of the mountains.

And, with this word of warning which I hope does not deter you, and only convinces you to prepare for your trek well, I conclude this multi-piece feature with UpEverest. I hope you’ve enjoyed it, and I hope you’ve got yourself a fair idea of what incredible sights and experiences await you should you choose to come to Nepal to trek. The Lukla-EBC-Chola Pass-Gokyo-Lukla loop was an experience I had always wanted, yet to actually do it was better than I even anticipated. It is simply not possible to grasp the mountains without being among them. I hope to see you out there one day on the trails, as the allure of the mountains has left me wanting more. 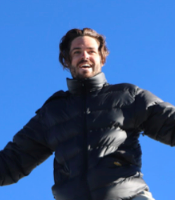 Michael is an Australian travel writer who has been living in Nepal for four months, with another eight to go. In between work and studies here in Nepal as a part of a scholarship, he has embarked on a trek which has been on his mind for sometime: Everest Base Camp.