The Everest vs Annapurna Region: Which One Should You Pick?

The Everest and the Annapurna regions are the two most popular trekking destinations in Nepal--and for good reason. They both offer incredible views of the highest mountains in the world and a classic sense of adventure for travellers. While neither region is better because they both have their own attractions, they are quite different areas. Here are a few things to consider if you’re having a hard time choosing between the regions and specially Everest Basecamp trekking or Annapurna Basecamp trekking.

The gateway to the Everest (Khumbu) region is the town of Lukla. This is a short flight from Kathmandu, and flights go multiple times a day. The aeroplanes that fly there are very small, and flights can be disrupted by wind or poor weather. The only alternative to flying to Lukla is to trek the “pioneers’ route”, so-called because it was the route that the early Everest climbing expeditions made in the mid-twentieth century. This adds about a week onto any trek in the Everest region. From Lukla, the bustling Sherpa town of Namche Bazaar is about two days’ walk, and Everest Base Camp several more. There are no vehicular roads in this area.

The Annapurna Himalayas are accessible from Pokhara, a short flight or 6-8 hour bus ride from Kathmandu. Some trekking routes in the Annapurnas start just an hour’s drive from Pokhara, while others start a bit further away. Roads have been built more extensively in this region in the past few years. While hardcore trekkers have lamented this, saying that it spoils the atmosphere, more roads means greater accessibility.

Whatever your budget, you will find something to suit you here. However, if money isn’t too much of an object, it’s possible to stay in some very comfortable luxury lodges in the Everest region, both in the town of Namche Bazaar and in more remote spots. If the idea of hot showers and beautifully decorated rooms sound like your kind of trip, then the Everest region might be your kind of place.

The Annapurna region generally offers more basic accommodation, but of course this still ranges from ultra budget to comfortable. It is full of the classic Nepali ‘teahouses’--lodges where you can hire a room for a nominal cost, but pay for all meals on-site. Another attraction of this area is the homestay networks along certain routes--if you want to get a taste of rural Nepali life by staying in a home with a guest room, then this is possible in the Annapurnas. 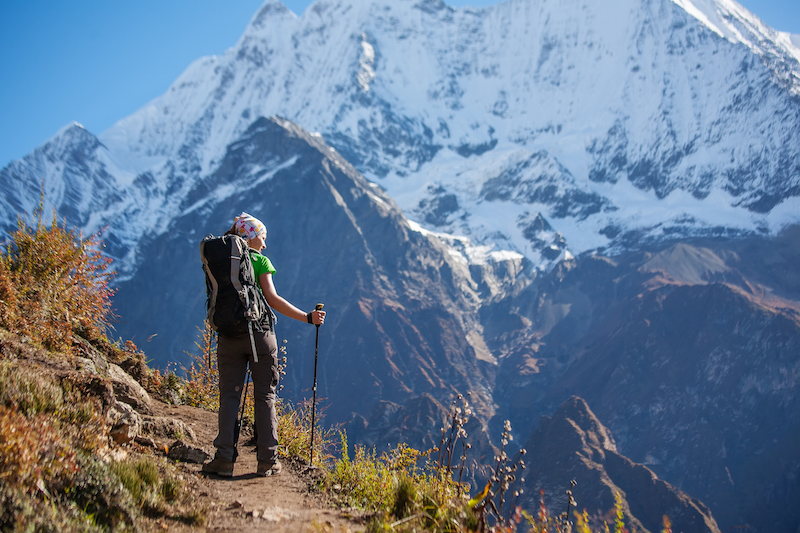 Cultural Aspects in Everest and Annapurna

The Khumbu region is Sherpa territory. The famous people are an ethnic group of the region, not just the guide/porter profession that they are famous as around the world. Sherpas are ethnically Tibetan, having migrated over the mountains a few centuries ago. They speak a language similar to Tibetan, and practice Tibetan Buddhism. Sherpa and Tibetan Buddhist culture is everywhere throughout the region, and is an unexpected highlight for many visitors. You will pass enormous prayer stones etched with Buddhist scriptures; colourfully painted prayer wheels; exquisite monasteries; people clothed in their traditional dress. While acclimatising in Namche Bazaar it’s a good idea to check out the Sherpa cultural sites in the town, such as the Khangba Ngingba house, the oldest traditional Sherpa home in the town.

The Annapurna region is more ethnically diverse than the Everest region. About seven main ethnic groups live in the region, with Gurung, Thakali and Manangba people being the most numerous. You will find different cultures along different routes in the Annapurnas. While perhaps not as immediately distinctive as Sherpa culture, if you pay attention while trekking in the Annapurnas, you’ll discover a fascinating variety of local language, dress and architectural styles.

The Everest Base Camp trek is the most famous in the Khumbu district, but it is far from the only option. Shorter treks are also possible, such as to and around Namche Bazaar, and don’t require climbing to such high altitudes. The Gokyo Lakes trek is a spectacular alternative to EBC, with gorgeous blue glacial lakes and views of Everest and Base Camp. If you’re up for a real challenge (and are an experienced trekker) then the nineteen day Three Passes Trek takes you in a circuit around the region.

Because of its easy accessibility by road, there are perhaps even more options for different treks in the Annapurna region. The entire Annapurna Circuit was popular for many years, but is less so nowadays since a road was built to Jomsom. Truncated routes are now preferred. If you’re looking for a short trek, then the Poon Hill trek is a classic, and affords spectacular sunrise views. Other similar short treks are dotted throughout the region, such as the Annapurna Community Homestay trek. If you’d like to see what life and landscape looks like on the other side of the Himalayas, choose a trek in the Lower Mustang area, near Jomsom. While you require an expensive permit to enter Upper Mustang, there are no restrictions on Lower.

What you will see in Everest and Annapurna Trekking

Moutanis you will see during Everest Trek

Moutanis you will see during Annapurnas Trek

Machhapucchre (6993 m), Annapurna I (8091 m), Annapurna South (7219 m), Dhaulagiri (8167 m), the Kali Gandaki gorge--the deepest in the world, the Kali Gandaki river, terraced farmland, a variety of Nepali ethnic groups, rhododendron forest, the rainshadow of the Himalayas... There is no right or wrong choice. Whether you choose to trek in the Everest or the Annapurna regions, you will have a rewarding experience and see some unforgettable sights. There’s always your second trip to Nepal to make. 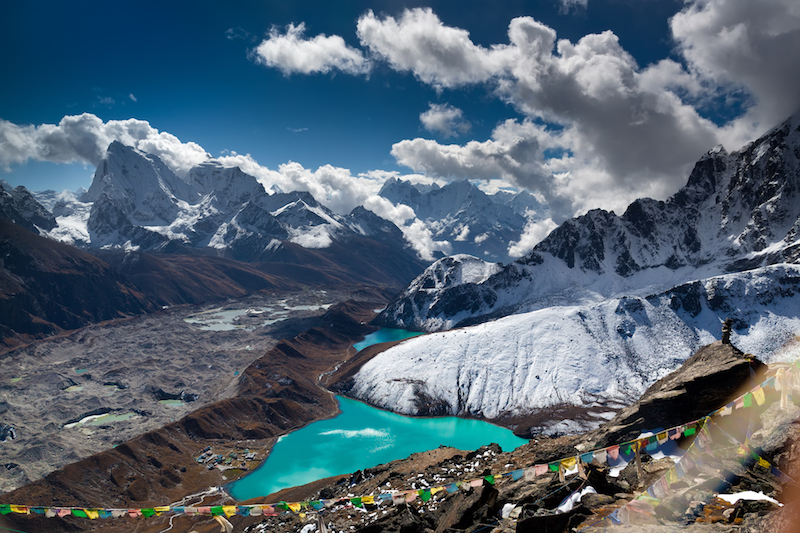