If you haven't seen Everest, then you haven't been to Nepal.Given that this is one extraordinary flight, few people will be able to realistically imagine themselves flying over the monstrous Himalayan peaks north of Kathmandu, unless they have extraordinary imaginative powers. However, there is one way to find out what it’s like: take the magical Everest Flight, see for yourself and go home with the satisfaction of having experienced something unique. So, if you find yourself in Kathmandu, don’t forgo this amazing opportunity for a peek into the secret world of the Himalaya. 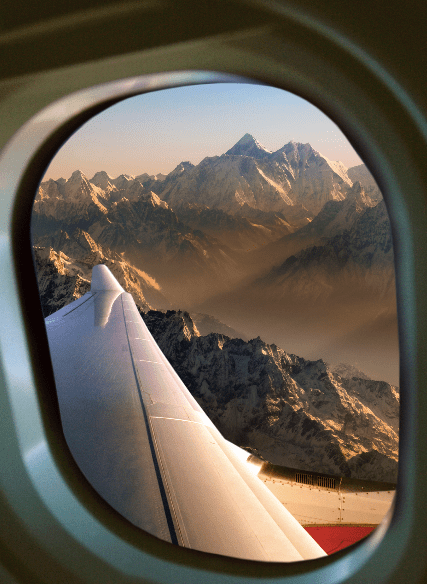 It’s an early start as the skies are usually clear in the early hours of the morning. The first flights are scheduled to take off by 6:30 am. You will be amazed how quickly the snow-capped mountains come into view. The moment the plane leaves the tarmac of TIA, a fascinating world opens up to reveal this seemingly endless chain of silver mountains. Glistening in the early morning sun, they are a heavenly sight. Of course most people would have seen the façade from ground level but when seen from above, one is left speechless by the row upon row of mountains as far as the eye can see. Yes, the Himalayan chain extends an unbelievable 2,400 km east to west and is between 150 km and 400 km wide.

As the plane slowly reveals the various peaks, the stewardess goes from seat to seat helping passengers identify them one after the other. As all seats are window seats, each person has the luxury of an unhindered view from his/her respective window. Flying further into the Himalayas, the emerald green glacial lakes come into view along with the vast glaciers coming down from the mountains. Their immensity is awe inspiring and often drives one into a contemplative mood. We never imagined them to be so gigantic. As you pass peaks such as Gauri Shankar, Melungtse, Langtang, and many others, you slowly fly toward the east, the land of the giant peaks.

Finally, what everyone is waiting for comes near and the pilot announces, “Ladies and gentlemen, we are approaching Mt. Everest, the tallest peak on the planet. You may come to the cockpit one by one when the stewardess gives you the go ahead.” Excitement knows no bounds and soon each passenger gets a chance to see the astounding view of Everest like never before. It’s a sobering sight. This massive peak soaring 8,848m up into the sky does look majestic. 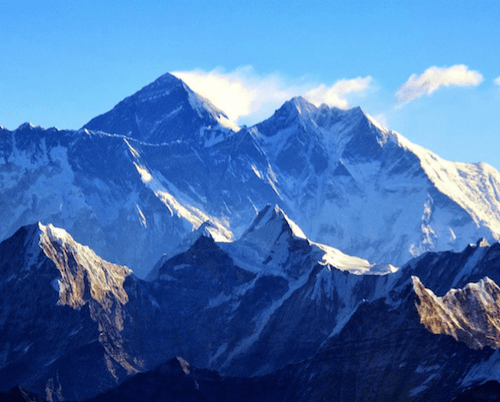 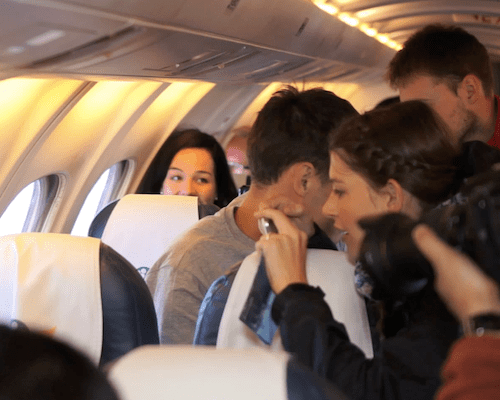 The pilot identifies other lofty peaks like neighboring Lhotse (8,516m), Makalu (8,485m) and further eastward, the incomparable Kanchenjunga (8,586m), the third highest mountain in the world. Then with one last aerial glimpse of the vast plateau of Tibet stretching eerily into the horizon, it is time to turn around and fly over lesser peaks, some with piles of snow resembling icing on a cake, soft and smooth. Soon it is also time to receive your certificate claiming your presence on this incredible flight. What a great souvenir; something not only worth preserving but also proof that you flew over this colossal chain of mountains high above Nepal. 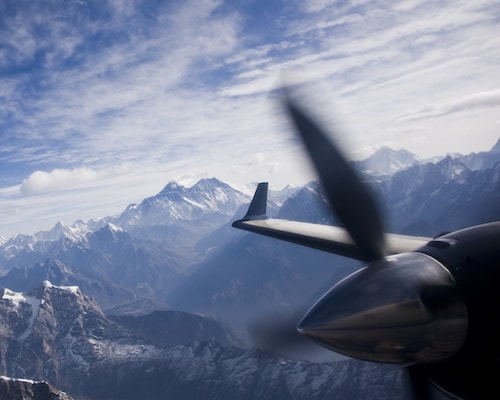 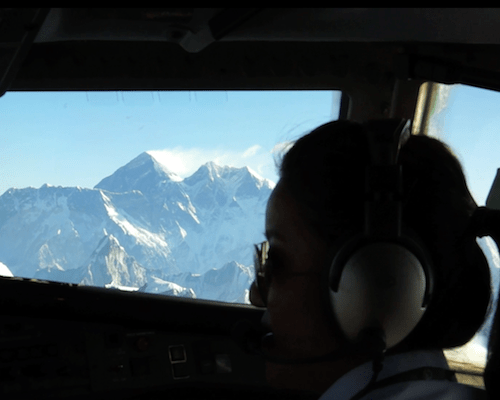 About Buddha Air: Started its operation in 11 October 1997 with one Beechcraft 1900D, six commanders, six co-pilots flying out to five destinations within Nepal. Today the company has two Beechcraft 1900D, three ATR 42 and four ATR 72.

Buddha Air envisions itself as the safest, most reliable and comfortable means of transportation. From the moment any passenger books our tickets, we ensure that they get the best service. Till date, Buddha Air has flown over 10 million passengers.

In 2009, its sister airline Tara Air was established to take over the Short Take Off and Landing (STOL) operations with the DHC6-300 and Dornier DO228 aircraft fleet. Yeti Airlines has retained its modern fleet of seven Jetstream 41 twin turbo prop aircraft that operate on non-STOL domestic sectors of Nepal. The two airlines together continue to provide the largest network of flight routes throughout Nepal.

Promoted by a group of distinguished aviator of repute with the vast professional experience in the field of aviation, it has created an indelible image as the provider of the best mountain flight experience. Since its very inception, safety and versatility has been the hallmark of Simrik Airlines.

Shree Airlines Pvt. Ltd. is one of the first private airlines in Nepal to operate chartered helicopter services. Incorporated in the year 1999, the airline was originally named Air Ananya, after the grand-daughter of the owner. Today Shree Airlines stands as the largest operator of Mi-17 helicopters in south-east Asia, with a fleet that also includes AS 350 B3e helicopters. Shree is the only airline from Nepal and all of south and south-east Asia on the United Nations and World Food Program list of approved vendors, after thorough inspection of audit certified as safe to fly on.

WHAT MAKES TREKKING IN NEPAL CHEAP Or EXPENSIVE?

EVEREST BASE CAMP TREKKING WITH OR WITHOUT GUIDE

17 People bought the Mountain Flight last week. Sign up and get free airport transfer with us.
Book Now