While you can enjoy a number of very long Treks in Nepal, you don’t need a whole month in order to enjoy some of the best trek that the country has to offer. Here are some suggestions for short treks you can do if you only 7 days in Nepal.

For a taste of the full Annapurna Trekking without doing the whole thing, the popular Poon Hill trek is a great option. The trails here are well-maintained, there are many high-quality lodging and eating options, the views of the Annapurna Himalayas are spectacular, and the altitudes aren’t especially high. The Poon Hill trek can be done in as little as three days, although four or five allow for a more relaxed pace. 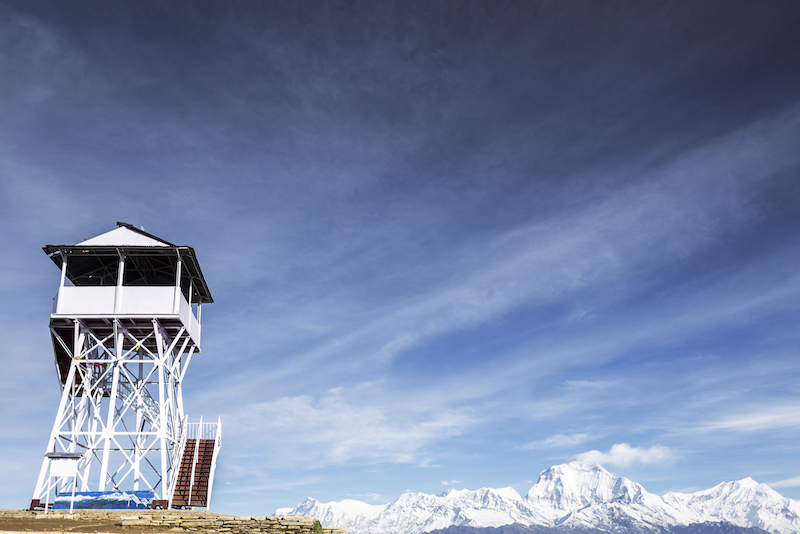 The trailhead is at Nayapul/Birethanti, about a two-hour drive from Pokhara. The first two days of the trek are quite short but very steep—including a set of 3000+ stairs. Overnight stops at Ulleri (1960m) and Ghorepani (2860m) allow you to experience traditional ethnic Magar and Gurung village life. The high point of the trek (literally and figuratively) is the early morning climb from Ghorepani to the Poon Hill lookout (3193m) for sunrise. On a clear morning, you can see Annapurna South, Annapurna I, Manchapuchre and Dhaulagiri.

Following a similar route to the Poon Hill trek but along a different ridgeline is the Annapurna Community Lodge trek. This offers an alternative to the inevitable crowds on the popular Poon Hill trail, with the chance to experience local life in a homestay. The trail starts and ends a few kilometres from the town of Beni, a three-hour drive from Pokhara. Five days is the ideal time for this trek. This trek overnights in the villages of Bhanskharka, Nangi, Mohare Danda, and Tikot. In a couple of these places you will sleep in the guestrooms of ordinary villagers, who open their homes to travellers. 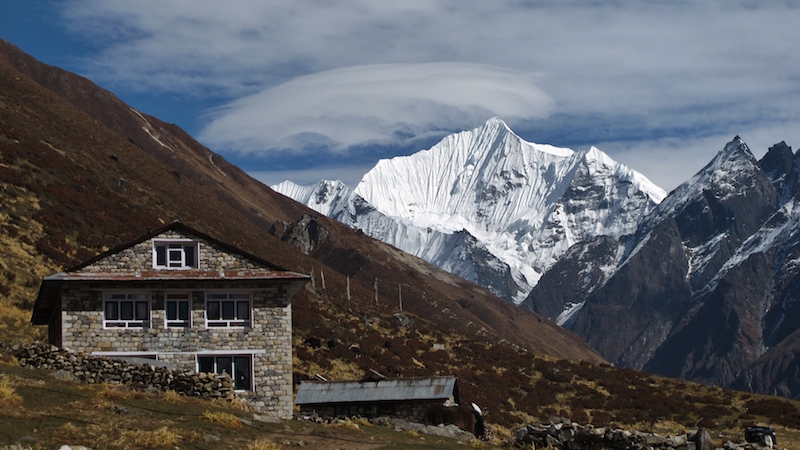 In other places, you will sleep in specially constructed community lodges. These are different to the teahouses found in many other popular routes and have been created to bring income to places that were otherwise not on the main tourist trails. Because this route was only formally established in 2010—by Magsaysay Award-winning social entrepreneur Mahabir Pun—you may find that you are the only trekkers on the whole trail. This is especially wonderful when you reach the high point, Mohare Danda (3300m). The views of the Annapurnas and Dhaulagiri are similar to those from Poon Hill, but you will have the peaceful scene all to yourself.

For a taste of the Tibetan Buddhist culture of the Mustang region but without the expensive Upper Mustang permits, the Jomson-Muktinath trek is ideal. After a spectacular half-hour flight from Pokhara through the Kali Gandaki Gorge (the deepest gorge in the world), this trek takes you through the barren landscapes of Lower Mustang, which is in the rainshadow of the Himalaya. During a day trip to the holy site of Muktinath you will rub shoulders with pilgrims from around Nepal and India. Five days is the ideal time for this trek. 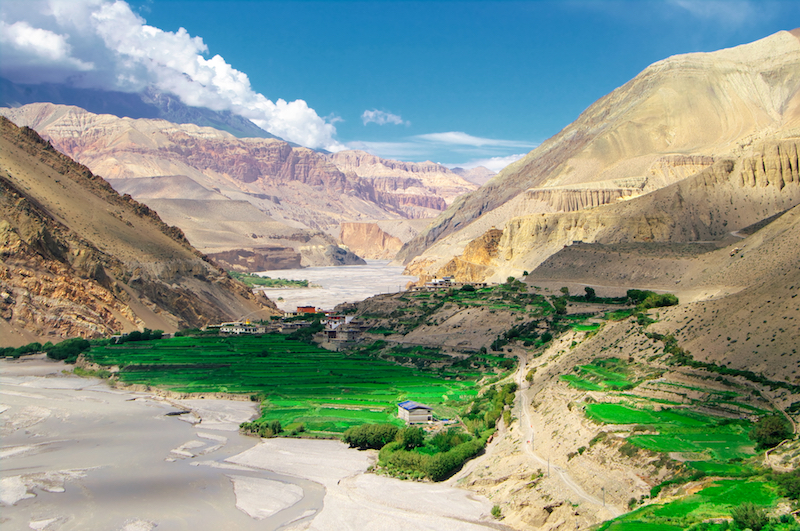 Although villages in the Langtang Valley were among the worst-affected in the country by the April 2015 earthquake, the area is opening up to tourism again. A major attraction of the Langtang Valley trek has long been that it is accessible from Kathmandu. Many other treks require travelling to Pokhara, but the trailhead at Dunche/Syabrubesi is a day’s travel from Kathmandu. After three days’ gentle climb through rhododendron forests and alongside a mountain stream, the Langtang Valley opens up to spectacular views of Langtang Lirung, Langtang Ri and other mountains of around 7000m. The return trip down the valley takes you back down the same way you came up, but only takes two days. Factoring in travel to and from Kathmandu, this trek can be done in seven days. 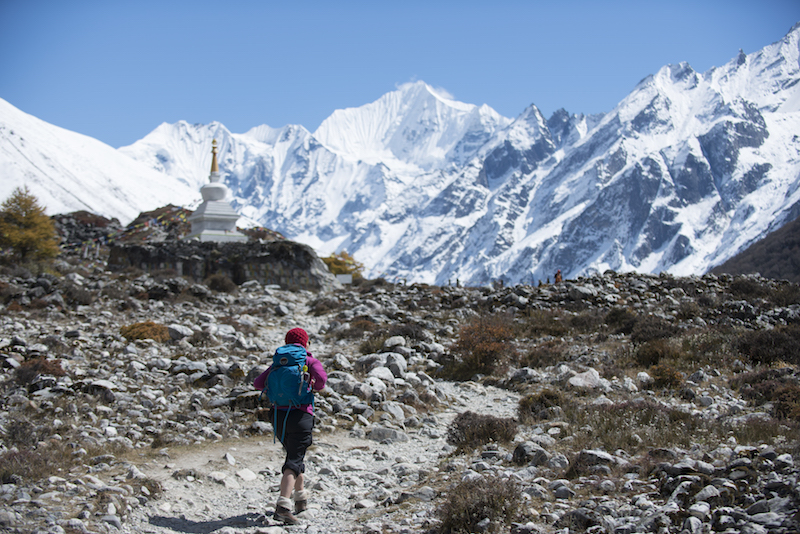 The trek up to Kalinchowk Temple (3800m) is strenuous, but can be done in 2-4 days. It is a good option for fit trekkers wanting a challenge, but without very much time. The trailhead begins at Charikot, about 150kms from Kathmandu. You can camp or stay in basic local lodges. The highlight is reaching the Kalinchowk Bagwati temple, littered with metal tridents—the symbol of Hindu god Shiva—and graced with views of Gaurishankar and Melungtse peaks to the North East, where as Dorje-Lakpa, Langtang Lirung and Ganesh himal range to the North west. 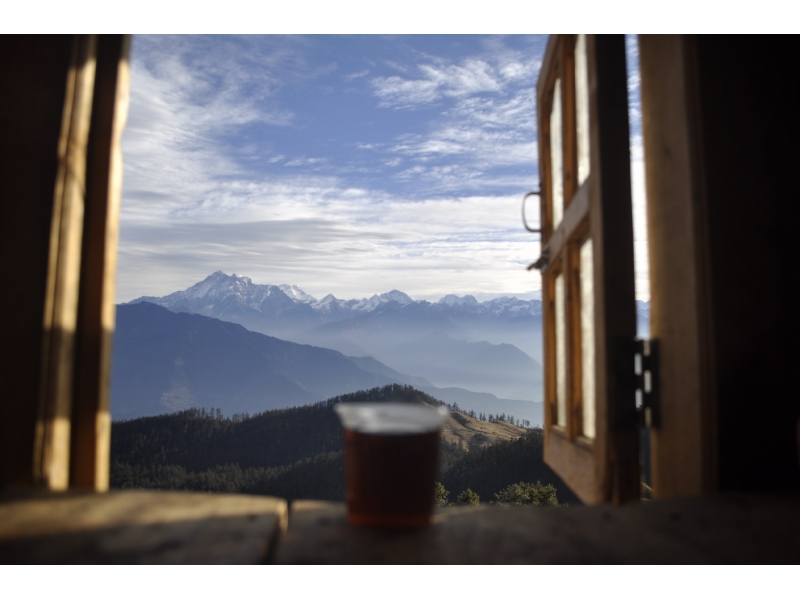 For a taste of the Everest (Khumbu) region without doing the full Everest Base Camp trek (20+ days), the Everest Panorama trek offers similar highlights in much less time. You can enjoy this route in as little as five days, or as many as ten. After the exhilarating flight from Kathmandu to Lukla, trek towards Namche Bazaar, the ‘capital’ of Sherpa culture. If time is limited, return to Lukla from Namche for a return flight to Kathmandu, but if you have more time you can continue on to Tengboche. Trekkers traditionally stop here to receive the blessings of the head lama, and for the spectacular views of Ama Dablam—often called the most beautiful mountain in the world. 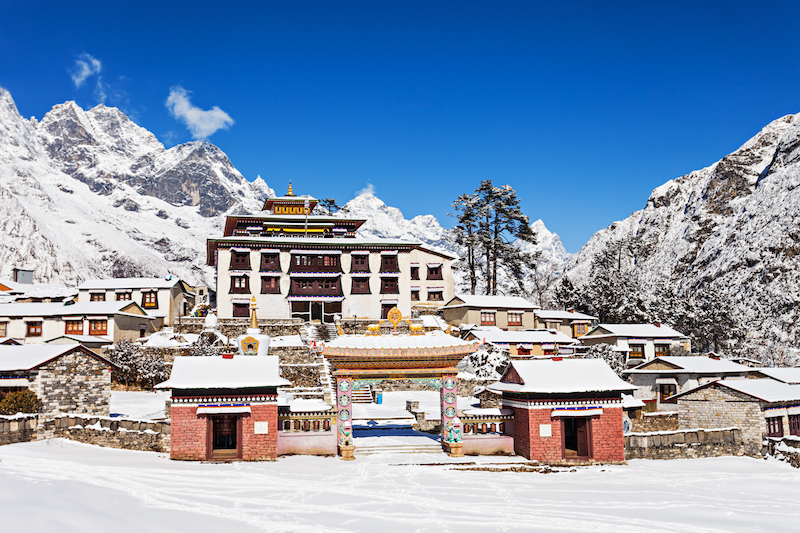 A week-long trek through the Dhorpatan region in Western Nepal is one of the most remote treks that you can do in such a short time. This trek starts a day’s drive from Pokhara, and also ends just a few hours’ drive from the city. Highlights include passing through the Dhorpatan Hunting Reserve, views of Dhaulagiri and experiencing the hospitality of the local Magar and Thakali people, who don’t see many foreign trekkers in this area. This trek combines camping and staying in local homes, as very few trekkers come here, so infrastructure is limited.

8. Around the Kathmandu Valley

You don’t have to travel far from Kathmandu to go on some beautiful treks. The Kathmandu Valley has some great options that only require two or three days. One option is the Nagarkot to Dhulikhel trek. Nagarkot is only a couples of hours’ drive from central Kathmandu, and is famous for its sunrise and sunset views of the Himalayas. Another good three-day option starts at Shivapuri National Park, near the town of Budanilkantha in the north of the city. After a steep ascent to Shivapuri peak (2725m) you descend to Chisapani, which offers panoramic views of Ganesh Himal (South West), Langtang Lirung (North), Dorje-Lakpa, Jugal, Gaurisankhar and Melungste to the North Eastern region. 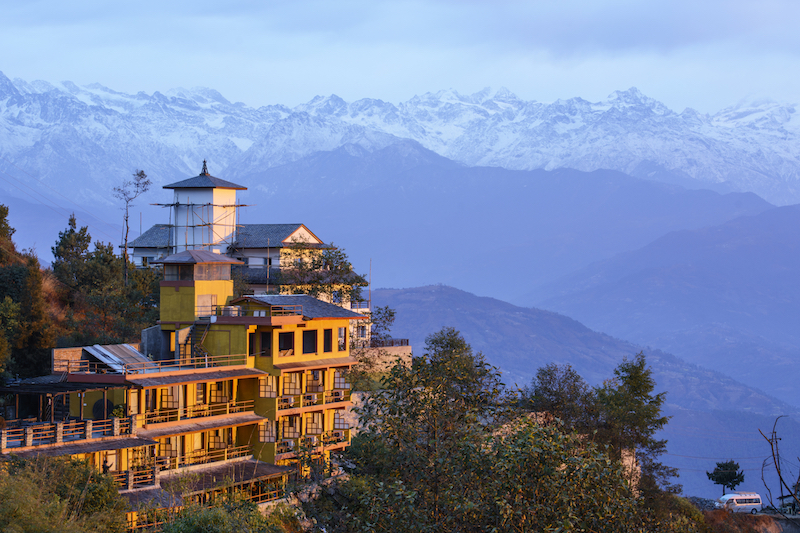